Dead Weight puts it all out there, one installment at a time. Personal essays on one woman’s emotional baggage and how it impacts just about everything.

Too many absentee fathers.

We’re talking dead weight and how to “deal,” when fucked up coping skills become your personal brand. This installment is all about too many absentee fathers and the people who miss them — even when they’re in the same room.

I am a single parent in a party of two. I am the third wheel in a love triangle that was never meant to be. I am on a Silverstein-esque quest to find the Missing Piece  —  and I am looking right at him.

It’s hard to come home to an imperfect marriage after four days of basking in the glow of a pitch-perfect relationship that isn’t yours.

Picture this: you’ve spent a weekend visiting a couple whose toughest arguments consisted of a point/counter-point on the merits of dinner reservations or why “I should do the dishes, because you made dinner / worked all day / are beautiful and lovely”. You, however, come home (from a stressful, all day drive, no less) to a weekend’s worth of dirty dishes piled in the sink, your poor dog covered in fleas, and a big ol’ blank space where a dinner plan should be. Add this to other previous offenses, and you may storm out to the guest bedroom for the night – ears steaming and eyeballs glazed over from researching rentals on Craigslist at 3AM.

Not saying I did that, or anything. (#askingforafriend?) But, it’s got me thinking about my long history with men who are simultaneously there and… not there.

It’s not hard to pinpoint when relationships with ghost dads kinda became a thing.

My own personal ghost dad lost his shit when my mom moved out with me and started making her way as a single parent  — in her twenties, waitressing, with a mini-me raging against the muthafuckin’ patriarchy in preschool.

Paralyzed with fear and indecision, he just tapped out. By default, mind you, but tapped out nonetheless. He paints a picture of 1975 Tom Layton, long hair and scraggly beard, going “crayyy-zee,” leaving Eugene, Oregon on a motorcycle and teaching English to Inuit folks at community college in rural Alaska.

I’ll have to take his word for it. Because even though I was between the ages of five and nine during that time, I didn’t know him at all.

Over the years, he made a few flaccid attempts to re-establish a relationship, a set of handmade “Eskimo” dolls made from tanned leather and real fur; a letter from an attorney seeking permission to…. um, send a letter; an all-expenses-paid trip for adult Rebecca to meet my maternal grandmother, but HE was a safe distance away, giving us “space.”

These were the carefully chosen olive branches that arrived with no explanation and zero context. 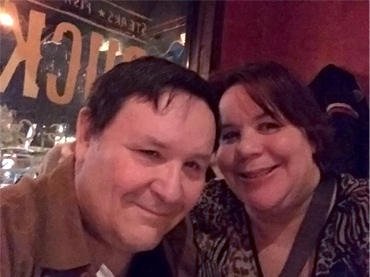 My dad had a bromance with my mom’s brother Marshal in high school.

And that’s how he came to meet and court my mother. The youngest of three, my mother, Harriet, has some palatable good energy. Thus their families started to assume a natural pairing and this is how my parents got swept up in the tide of mixed feelings and unmet expectations that comes along with family stuff.

And that is how they got me.

My Uncle Marshal got fed up when catch-up conversation with my dad turned to regret and lament over “The Rebecca Thing,” so he picked up the phone and called me. “Your dad would like to contact you,” he said, when I was 23 and had already build up years of serious abandonment issues. “He can write me a letter,” I said, trying to lower the stakes, and he agreed.

Two minutes later the phone rings – it’s my dad. Uncle Marshal didn’t say jack shit about the letter. He just gave him my number and stepped out of the way.

We agreed to own our reunion and take it slow with open hearts. And for the most part that worked wonders. A two-hour counseling session with a therapist (“cancel my next appointment, this one’s a doozie”), and a gentleman’s agreement to start over really did the trick in keeping old resentments at bay.

For twenty years, we were able to reach a place of loving understanding, a deep bond, and a genuine appreciation of the other person.

So for the most part, this story has a happy ending. 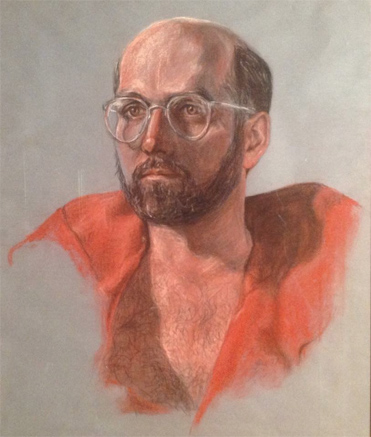 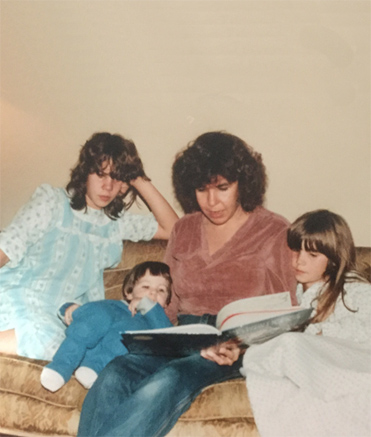 Meanwhile, somewhere between “WTF?” and “It’s a Reunion!” two more ghost dads were shaping my life.

My mom fell in love with a charismatic and handsome genius who became husband #2 and made it possible for my sister Taya to make my life even better. “Daddy Ed” cared for me like a kindred spirit, a “real” daughter to parent along with his own.

Daddy Ed just got me. But unfortunately, depression + alcohol + self doubt got him.

There and not there.

Many years later, when my mom told me she was going “all in” on her relationship with boyfriend Walt, it was great news. A chance to leave early 80’s Pittsburgh and move-on-up to suburban Harrisburg. Soon my baby brother Aaron was born and there was a lot to look forward to in that #middleclasslife.

But a budding brain tumor (and who knows what else) turned helluva-nice-guy Boyfriend Walt into Husband Walt  — and that guy was a real prick.

Cheap scotch made him downright mean-spirited. To a rebellious, self-conscious, outspoken, quick-witted, oldest child to a single parent in a blended family, well, his whole existence was fightin’ words.

There and not there, now leave me the fuck alone.

For most of my adult life, I’ve been haunted by these three: the runaway, the closet case, and the alcoholic narcissist.

When it came down to picking a life partner, I fished from the same barrel  — well-meaning trainwrecks just trying to hold on.

All the men in my life have loved me something fierce (even Walt, in his own “broken man” sort of way). They would take a bullet for me. They pound their heart with a tightly closed fists because words cannot express it. The depth of their love is beyond reproach. What WE got, that shit is REAL.

And it sits behind a two way mirror.

Gay men who appreciate you, boo, but haven’t walked a mile in your cha-cha heels. Straight men who want you squarely in the friend zone. Unrequited lovers who don’t even know what to do with the gift that you are trying to give them. Colleagues and connections who sing your praises, but never ask you to work on a project. Husbands who never get you anything for your birthday (but sass). It’s daughters who get the brush off and it’s fathers who get the dementia.

There and not there, and sitting right in front of me. 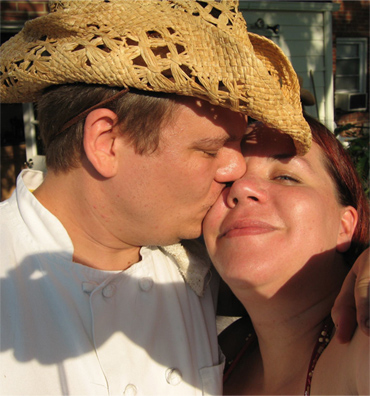 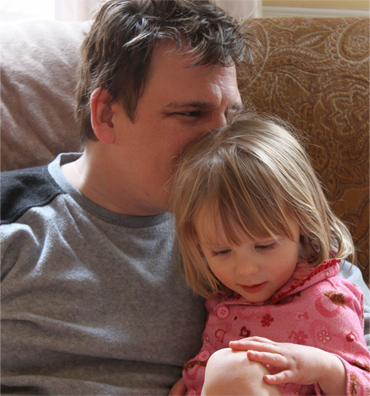 I’ve become a collector of men who are so busy wrestling with their own ghosts and regrets that they kinda forget that I am here.

But it goes both ways…

I’ve become too comfortable in the malaise. Too accepting of the status quo. ME: bitter wagon puller. HIM: staring at his phone / taking a shit / drinking beer / at work / watching TV / sleeping. I’ve come to expect “not much” and “I dunno” ‘s.

I’ve grown accustomed to being the only camp counselor, the default parent, the one-man-band.

I’ve put in the work, paid my dues, and keep showing up. I do my job, do good work, and keep it interesting. I cook, heal boo-boos, and provide an audience for endless complaints about work and world. I remember birthdays, pick up prescriptions, and buy new flip flops at the beginning of the season. I follow-through, live up to my potential, and do what I say I’m gonna do. I make Christmas awesome-r. I hold it down, ride or die, I got your back.

But right now, at this very moment, I only have one thing on my mind.

Stay tuned for the next installment of Dead Weight, where I share my experiences as a person in the world.

How does your relationship with an emotionally unavailable parent or partner take toll on your soul? Why does it take so long to declare that you deserve better? What magic have you learned to finally see and be seen? #askingforafriend

Share your trials and triumphs @rebeccagunter_ or in the comments below.

Can’t wait for the next installment of Dead Weight?  Join my mailing list, for sneak peeks at all of the skeletons in my closet.